Over the last week, I was delighted when a crime writer from Glasgow answered my query as to whether he would mind answering a few questions. 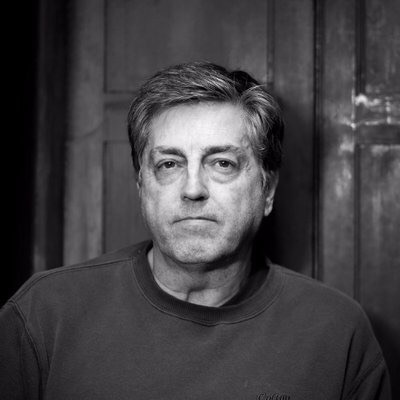 Here, Douglas Skelton (one of Scotland’s finest crime fiction and true crime writers) chats his favourite childhood authors, whether he shares my love of Rod Stewart, tips for any police procedural writers and the difference between writing crime fact and fiction.

1) As a child, did you have a favourite author?

I read a lot of Frank Richards’ Billy Bunter books, which would be frowned upon now probably. I also liked Mark Twain and Jack London. And I read the westerns of JT Edson and Louis L’Amour. I recall that the book I read and reread was ‘Seventh Cavalry’ by Jeff Jeffries. I wish I still had it. That was until ‘Shane’ came along while I was in secondary school.

2) Did you enjoy English at school?

I enjoyed the creative writing. I did not enjoy dissecting Shakespeare and poetry. It killed both for me. I was also introduced to the works of Jack London and, crucially, Jack Schaefer’s ‘Shane’, probably the book that has had the most effect on me.

3) Did you go to university and if so, did you enjoy your degree?

I was too stupid to go to uni.

4) What are the differences involved with writing true crime and criminal history books as opposed to fiction – how do you find those experiences?

The obvious one is that with fiction you’re free to manipulate the story. Writing non-fiction, no matter how creative you are in the storytelling, necessarily means you have to stick to the facts. There is generally a certain amount of research in writing crime fiction but you only use what you need to further the story.

5) How did you feel meeting your agent and what was your publication day like?

I don’t have an agent (although if any read this I’m wide open, folks). My first publication day was back in 1992, a book called ‘Blood on the Thistle’, and I hit every bookshop in Glasgow just to see it on the shelves. I still get a thrill when I see a book of mine on sale. Face out, of course, I’ll have none of this spine out malarkey, thanks very much.

6) Is it nerve wracking, knowing that you have someone to impress, but also someone who will champion you and your writing?

Although I don’t have an agent, I do have a publisher and an editor. It is utterly terrifying to finally let the words slip from your fingers and go to them. I’m convinced with every book that no one will like it. After that hurdle, you have to face the readers. They’re the ones you really want to impress.

7) Do you have any tips for the debut writer on creating a police procedural aspect for their novels?

Make sure you get it right, so find a friendly police officer and talk to them. But use only what is necessary for the furtherance of the story.

8) Do you have an favourite all time book and what book did you last enjoy?

I suppose it really has to be ‘Shane’, although I love the work of Ed McBain, Robert Crais, John Connolly and Dennis Lehane. But ‘Shane’ has influenced me in so many ways, most directly in my Davie McCall series, which I always viewed as westerns set in Glasgow. Davie was a western hero with a Scottish accent, a man alone who has a past he would love to escape from but finds he can’t. I’ve read so many books recently that to pick one out would be unfair. They’ve all been good.

9) How’s best for you to work – music or silence? Coffee shop, home or library?

I generally have music on. I’m a huge fan of film scores so that’s more often than not what’s playing as I write. Sometimes I’ll select certain mood music to underscore what I’m writing.

I write at home. I have a book strewn office that badly needs to be tidied. Maybe even dusted, but let’s not go crazy here.

10) Last but not least, do you like Rod Stewart and what’s your favourite song of his?

He must be before my time.